The organic light emitting diode device (OLED), while still in its infancy, seems to be the promised solution....

that CRT, LCD, plasma and LED technologies have not provided due to various limitations.

The organic light emitting diode device (OLED), while still in its infancy, seems to be the promised solution that CRT, LCD, plasma and LED technologies have not provided due to various limitations. The OLED — which seems promising in many areas of application — may emerge either as the final solution or the launching pad for other technologies, to resolve our quest for the perfect all-encompassing flat panel display. 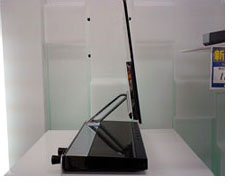 OLEDs are solid state devices that are composed of films of organic molecules that produce light with the application of an electric power source. An OLED provides brighter and more vivid images, and consumes less power than LCD or LED displays that are in currently the norm.

In this article, we will discuss how OLED works, the various types of OLED technology available, and how OLED compares to other more common technologies, such as LCD. But first, let’s look at a brief history.

In the 1950s, Andre Bernanose and co-workers at Nancy Université, France first observed electroluminescence in organic materials. Electroluminescence is a phenomenon where material is capable of emitting light in response to an electric current.

Electron: An elementary particle consisting of a negative charge

A decade later, Martin Pope and his team at New York University developed a way to connect an electric current to an organic crystal, known as a dark injecting electrode contact. This connection provides the basis for charge injection, a mechanism of electroluminescence, and an important feature in all modern OLED devices. It was also Pope that first observed direct current (DC) electroluminescence under vacuum on a pure single crystal of anthracene (an organic semiconductor and hydrocarbon derived from coal tar). In 1965, Pope reported that in the absence of an external electric field, the electroluminescence in anthracene crystals is caused by the recombination of an electron and hole, a process known as exciton. Exciton is a natural state within a semiconductor where an electron is attracted to a hole (or positively charged empty space). Moreover, Pope found that the conducting level of anthracene is higher in energy than that of an exciton.

Also in 1965, two Canadians — Helfrich and Schneider — of the National Research Council created double injection recombination electroluminescence in a single crystal of anthracene. 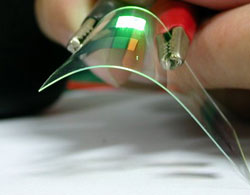 However, performance of all these processes was limited by poor electrical conductivity of contemporary organic materials. This was later improved by the development of highly conductive polymers. A polymer is a mixture of compounds formed by polymerization and consisting of repeated structural units. Electroluminescence in polymers was first observed in the 1970s by Roger Partidge at the National Physical Laboratory in the United Kingdom. The experiment consisted of a film of poly(n-vinylcarbazole) (a highly photoconductive material) roughly 2.2 micrometers thick situated between two charge injecting electrodes. The results were patented in 1975 and published in 1983.

In 1987, Chin W. Tang and Steven van Slyke of Eastman Kodak reported the first diode device. This device resulted in a reduction of operating voltage and improved efficiency, and paved the way for OLED device production. In 1990, J.H. Burroughes at the Cavendish Laboratory in Cambridge, U.K. was able to develop a green light-emitting polymer device using film only 100 nanometer in thick thickness of poly(p-phenylene vinylene) — a more efficient material than poly(n-vinylcarbazole).

The Breakdown of an OLED

Like an LED, an OLED is a semiconductor with electrical conductivity between that of a conductor and that of an insulator. By doping and structural amalgamation, it has been made into such electronic devices as transistors and diodes about 200 times smaller than the human hair. Doping is a process used to modulate a semiconductor’s electrical properties. OLEDs can be composed of two or three layers of organic material that help to transport electrons from the cathode to the anode layer:

Advantages and Disadvantages of OLED 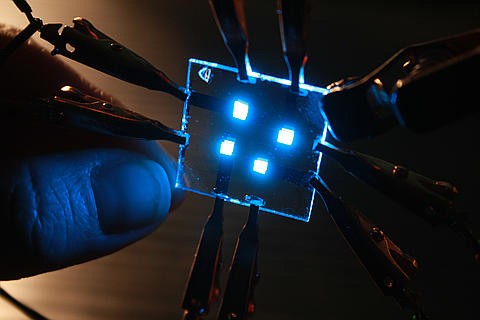 OLED offers many advantages over both LCD and LED technologies:

But there remain substantial disadvantages as well:

The Future of Display Technology?

Is OLED the future of display technology? It is very easy to jump to the conclusion that it will be. However, if by looking at the history of LCD technology has taught us anything, being the first to market doesn't always dictate dominance in the marketplace (passive-matrix did lose out to active-matrix in the end). Similar to the various types of LCD technology vying for dominance back in the 1980s to 1990s, there are a number of OLED types (see Tidbits on this).

The next 5-10 years should be very exciting as we see what display technology is next in line to be the dominant force in the marketplace. It is inevitable and only a matter of time... the question is how long.

Research and insights written by Megatech, as featured in the MIS White Papers, Jan. 2011.